skip to main | skip to sidebar

Welcome to the blog!

Thanks for looking at our blog. Feel free to start commenting!

On the 19th and 20th of November, we had our first 2 tournaments for our 2010-2011 season! They were in the bay area and were qualifying tournaments for a championship (also in the bay area). We were very excited and had loads of fun, even winning two awards, one at each tournament. They were both the same award (the connect award) and were given to our team for sharing with first to the community. Below is our team after winning this award the first event. Thanks for reading! 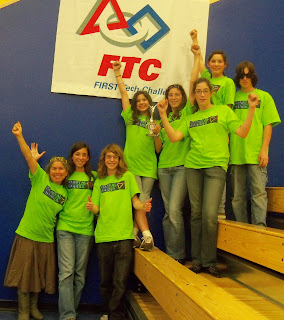 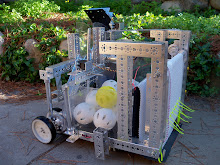 This is our past robot, Slurp